Being positive about death doesn’t mean trivialising it, or denying the grief and sorrow that we may feel. In fact, it means openly sharing all the emotions happy and sad, and in so doing breaking down the taboos and the fear. It’s okay to feel!

I joined the Apart of Me team 10 days ago, as a volunteer. I’m Lucy, and I have lost many of the people closest to me throughout my life: my best friend, my first love, and even myself, well almost, to two suicide attempts in my early twenties, my young brother, my parents and many more. So, whilst I was overjoyed to be involved in such a worthwhile project, I was a little afraid that all of the grief might come back and drown me, particularly as I have an obsessive sort of mind.

So yes, inevitably, there has been a constant background chat of death going on over the last 10 days.

But in fact, and slightly to my surprise, so far it has been a profoundly calming and soothing experience rather than a frightening one. I have felt comforted by the memories and thoughts of those I’ve lost, even grateful for the space they are taking up in my head. I feel honoured to be amongst other people who are not afraid to talk about death. It makes me feel safe. Being constantly aware of death has not made me sad. It’s reminded me to be happy.

This might sound like a strange concept but just think about it for a moment. Death can mean so many positive things too.

A growing number of people are living their best lives by embracing death. The death positive movement reminds us to live - to make the most of every moment. It reminds us to love, how much we love. Reminds us to express it and to share it. Something many of us overlook in our busy lives.

Another way to look at death as positive point of view is through the lens of immortality. I’m not really sure that I want to live forever. Wouldn’t it actually be exhausting, complicated and perhaps even, dare I say, boring? 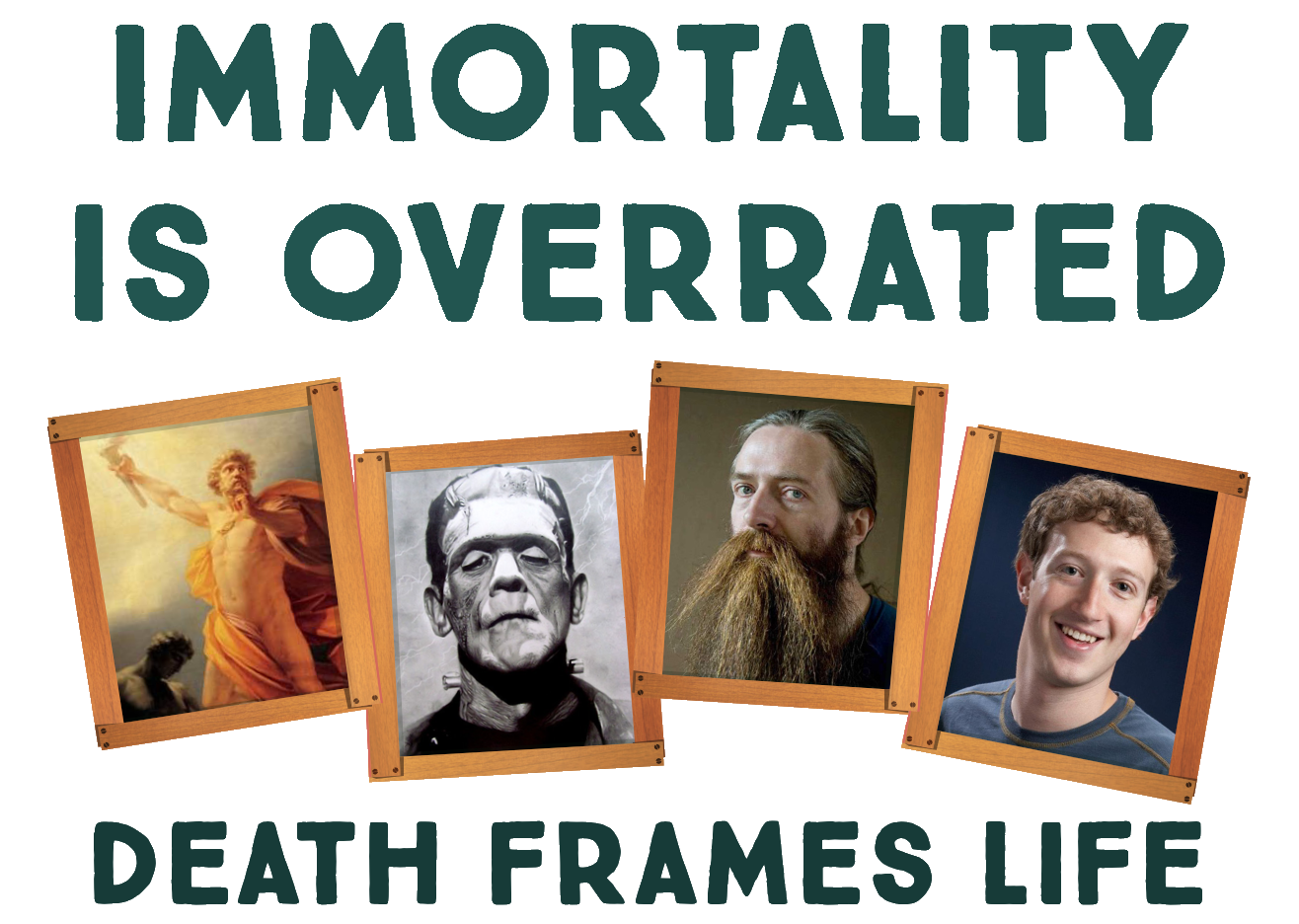 If you never really thought about immortality, there are some very interesting thoughts on this in Samuel Sheffler’s book Death and the Afterlife.

Research shows that being aware of our own finite life makes us happier.

A recent YouGov survey found 68 per cent of people in Britain fear death, but according to the authors of a new study, dying is “less sad and terrifying – and happier – than you think”. For example, for people with a terminal illness, approaching death is a positive experience, an ultimate liberation.

So, let’s retrain our minds, let’s lift the veils of taboo, shame, and negativity. This week we are asking you - our tribe - a simple but radical question: “Have you had any experiences around death that you could describe as positive?”

Times you laughed. Times you felt more love than you felt in your day-to-day life. Times you learned something about yourself or others that has helped you.

Here are a few of our favourite current conversations and links relating to the positivity around death.

How can death positivity help you live better?

What is death positivity?

And finally we would like to remember and celebrate the life of one of the pioneers of the Death Positivity movement. In the words of one of our founders Louis Weinstock:

Jon Underwood was a quiet revolutionary. He founded the Death Cafe movement , a ‘social franchise’ of groups where people, often strangers, gather to eat cake, drink tea and discuss death. His objective was simple but radical: to increase awareness of death with a view to helping people make the most of their (finite) lives. Under Jon’s kind leadership, the movement spread quietly but powerfully to 51 countries around the world. Jon died suddenly last month. We are honoured to be a small but important part of this radical movement he birthed. Jon spoke with Louis our founder earlier this year about Apart of Me and Jon was very excited about this revolutionary digital tool to help families talk about death. He felt parents in particular need help knowing how to talk to their kids about death. R.I.P. Jon Underwood.

I love being a part of Apart of Me. Thank you beautiful team and beautiful supporters.

Apart of Me is a charity dedicated to helping children, young people and their families find their way through grief. Visit the About page for more details on what we do.